Hello! My name is Graham and my brother and I recently flew into Salt Lake City from Rochester via Chicago to start our adventure in Utah. After our flight from Chicago to SLC was delayed two hours, we finally arrived back at the camper with our grandparents.

One of the necessities of the camper was that there was room for grandkids to accompany on trips. As the backseat riders in Scarlet, the truck, Dean and I have only been here since Thursday the 27th. We started planning this trip over a year ago, and it is finally happening.

On our first day here we stayed in a KOA in Salt Lake City, only 10 minutes from the airport. We departed the next morning, heading for Price. In Price we discovered that there was more than we had expected there. Price had only been a short stop on the way to Moab. There we found a cool mining museum, where we met a woman who had just come back from our home, Corning! We found a lot of cool artifacts there, and an old caboose and tie-layer.

The next day we went to the Cleveland-Lloyd Dinosaur Quarry, where over 15,000 bones have been found. The majority of the bones were found in a 60×40 foot area. 70% of the bones were Allosaurus. We then went to Buckhorn Wash, a really nice drive through a long canyon. We stopped at two pictograph and petroglyph panels along the way. Pictographs are painted, petroglyphs are carved or chipped into the stone. We then went to the Wedge Overlook, fittingly deemed the ‘Mini Grand Canyon’.

We departed Price and went to Moab, home of two National Parks, Arches and Canyonlands. We headed to Susie’s Branding Iron for lunch, had delicious food, and headed off to our first day at Arches. We stopped about every two minutes to take pictures, which got old towards the end. At the end, as the boys went to investigate the Windows, Grandma went to find parking. She went to the lower loop and discovered an amazing double arch! I went climbing up under the arch and found a gap under a big rock and found a cool thing to crawl through. We went back to the camper and played a fun game, The Mind.

The next day, we started off to Dead Horse Point State Park, a park near the top of Canyonlands. The reason it has such an odd name is because the cowboys corralled the horses to the point of the park where they picked the best ones to sell and left the rest trapped at the end. The horses died of thirst, while looking out 2000 feet above the Colorado River. The view there is spectacular and we got some great photos. We also saw a potash evaporation facility and a nice guy told us what it was for. The way to get potash is to drill down to it and put water in the hole, then take the potash water and put it in these large pools to evaporate, leaving only the potash. Potash is mainly used for fertilizer.

We then went for “fro yo” and went to a dinosaur amusement park , where there are giant dinosaurs that I had fun photographing. There was also a series of rooms that had a 3D aquarium. The 8th room was a shark attack, and the floor moved when the shark hit the ‘window’ or screen. We then went to get my FAVORITE food, sushi! We ordered a ‘Boat 2’ not knowing it was served on an actual boat! I also tried Octopus for the first time, and I liked it! We went back to the camper and played some of The Mind.

The next day, we woke up super early and left for Arches, so we could do a hike while it was still relatively cool. We set out with the goal to see Landscape Arch, the widest arch in the world, 305 feet. We also saw two smaller arches, Tunnel and Pinetree. We got to the big arch, and me being me, I wanted to climb up the thin, steep, and possibly dangerous next part of the trail. I made it up pretty quickly, and went back down.

We came back to Rhett having agreed to do some Ham Radio work. We have been working to get our licenses for a few months. Grandpa and Dean walked down the road a ways while Grandma and I stayed in the camper and Dean and I used their call signs to communicate. It was pretty fun and we learned a lot doing it. We finished off our day by watching Captain Marvel, and Grandma made some delicious bread pudding.

The next day, we left to our first day at Canyonlands’ Island in the Sky district. We drove out to some cool viewpoints went on two short hikes, the first of which was a short and easy hike to Mesa Arch. The second hike was a bit more uphill, but was a nice hike to the first overlook for Upheaval Dome. Our personal opinion is that it was formed by a meteorite strike, while the other possibility of its formation is a salt dome. We hiked back down and returned to the RV to plan for the next few days.

Finally, we left the camper at about 9:00 to do some star photography at Panorama Point in Arches. We got some cool photos, and towards the end we got the whole viewpoint to ourselves! The people that were already there were mostly there for sunset. We headed back to the camper at about 11 pm.

The first week was really fun, and I look forward to seeing the other state and national parks in Utah.

11 thoughts on “A once in a lifetime experience” 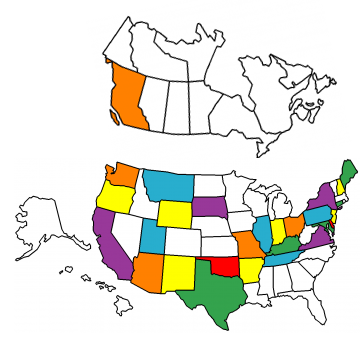