From Shenandoah we went to Great Smoky Mountains National Park (GSMNP).  We stayed in Big Meadow Family Campground, in Townsend, TN—about two miles from an entrance to the park. The park owners were very friendly and accommodating (we had several large packages delivered there), and the park was maintained meticulously.  Highly recommended if you travel that way.

I (Al) had been to GSMNP many times, always the weekend before Memorial Day weekend, and had several places I wanted to go with Kathe.  Late May was usually somewhat crowded, but not so much as to make getting to what you wanted to see difficult.  I was hoping that the park would again be fairly quiet now, being “after season.”  Maybe it was fairly quiet with respect to the summer crowds, but it certainly wasn’t quiet.

On our first day in the park, we went to Cades Cove.  This is a roughly 11 mile one-way loop through an area that was settled for about 100 years before the creation of the park.  Kathe and I enjoy trying to understand something of small communities by looking at their graveyards.  There are several in the Cades Cove area, along with several small churches.

There are three churches in the cove:  Primitive Baptist, Missionary Baptist, and Methodist.

We were able to see several generations of the cove’s families, and marriages between them.  We noticed that families would sometimes switch denominations with part of the family being buried in the Baptist cemetery and others in the Methodist.

The Oliver family was one of the founding families of this settlement, and remained a presence there. (Click on a picture in the gallery to see the larger, uncropped, version.)

It was hard to see the infant graves with only a single date on the headstone, or a span of only a few weeks or months.

Especially heartbreaking was to find several groupings of three infant headstones from the same family.

The cemeteries are still active, despite being in a National Park. People who lived in the cove before the creation of the park are still able to be buried there. 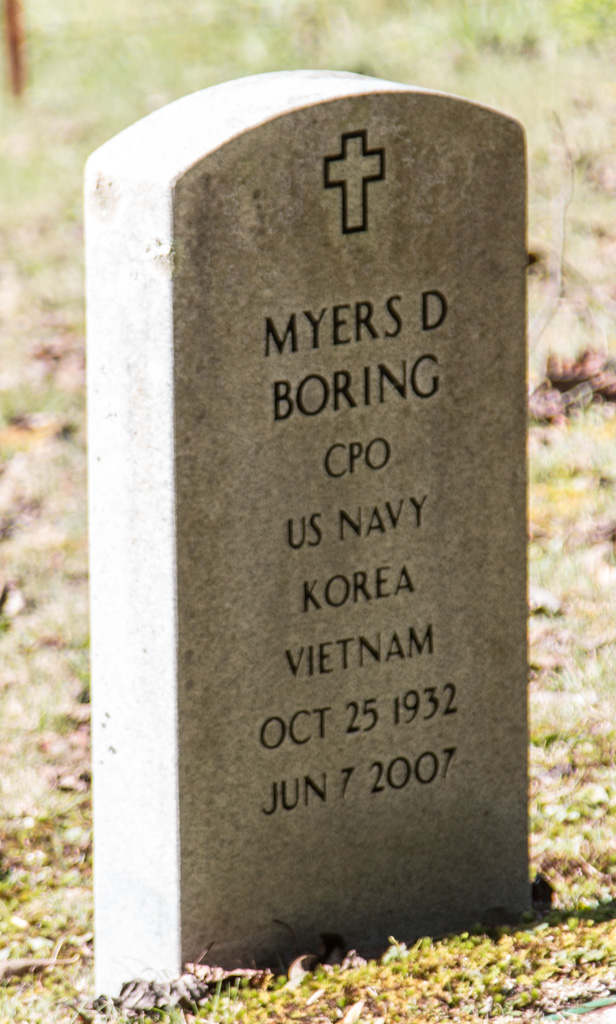 Two of the things we wanted to see in the cove—Abrams Falls and the mill—we had to pass on due to the crowding.  By the time we got to the parking area for the falls we didn’t have enough time for the hike, and when we got to the mill area, there was no available parking. So we headed back to camp.

After dinner we went to Look Rock to see the sunset.  This is several miles out the Foothills Parkway, a separate part of the park.  Right at the parking lot, there is a short walk to a viewpoint to the south.  While very pretty, it wasn’t going to be the best for sunsets.  As we were walking back to the car to try to find another place, a young couple asked if we were looking for the tower.  Yes!  They showed us the start of the path across the road from the parking.  After a short (uphill!) hike, we were set for some good sunset photography. 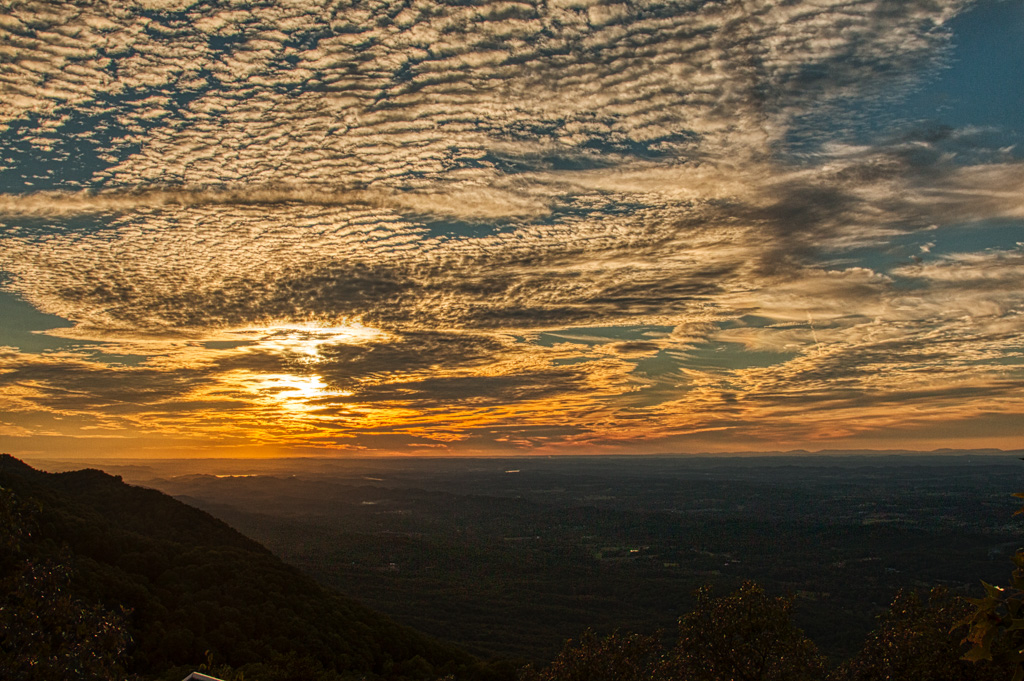 The next day we decided to drive to Clingmans Dome for sunset.

The first part of the drive is along the Little River, which has many cascades and is quite pretty.  One of the disadvantages of driving a large pickup truck is that there are very few places you can pull over for a photo stop.  We did find a few though.

Eventually the road leaves the river and heads into the mountains.  Here we saw our first hints of fall colors, although we missed the bright reds of Maine. 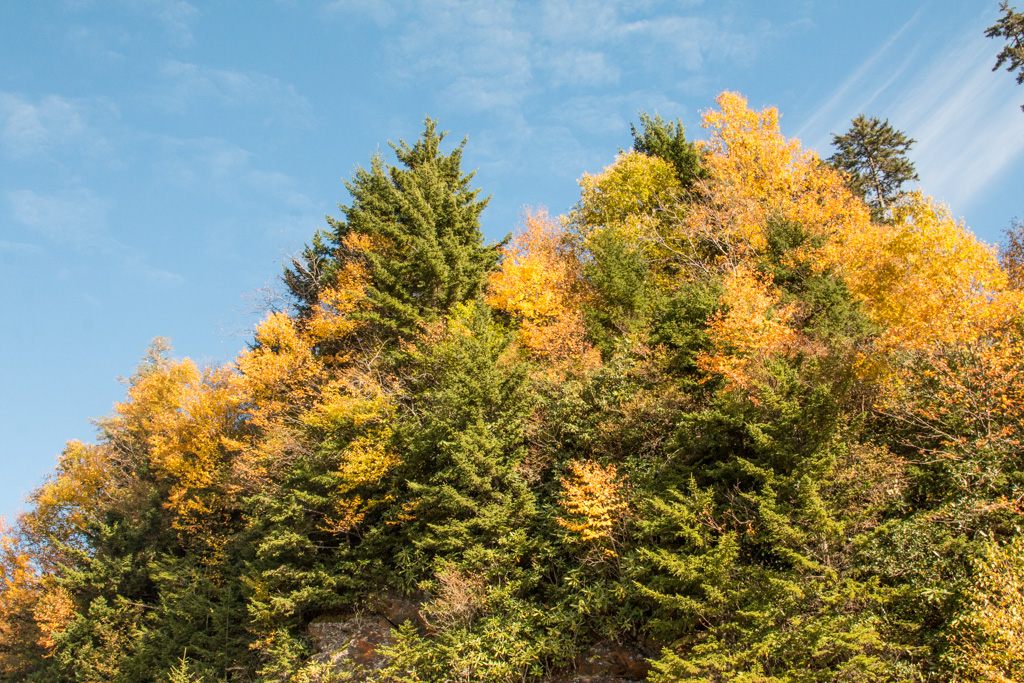 This is a long drive (the Dome is in North Carolina, and the road is a twisty mountain road). The drive was worth it! At many points there are good views of the mountain range that we are in. 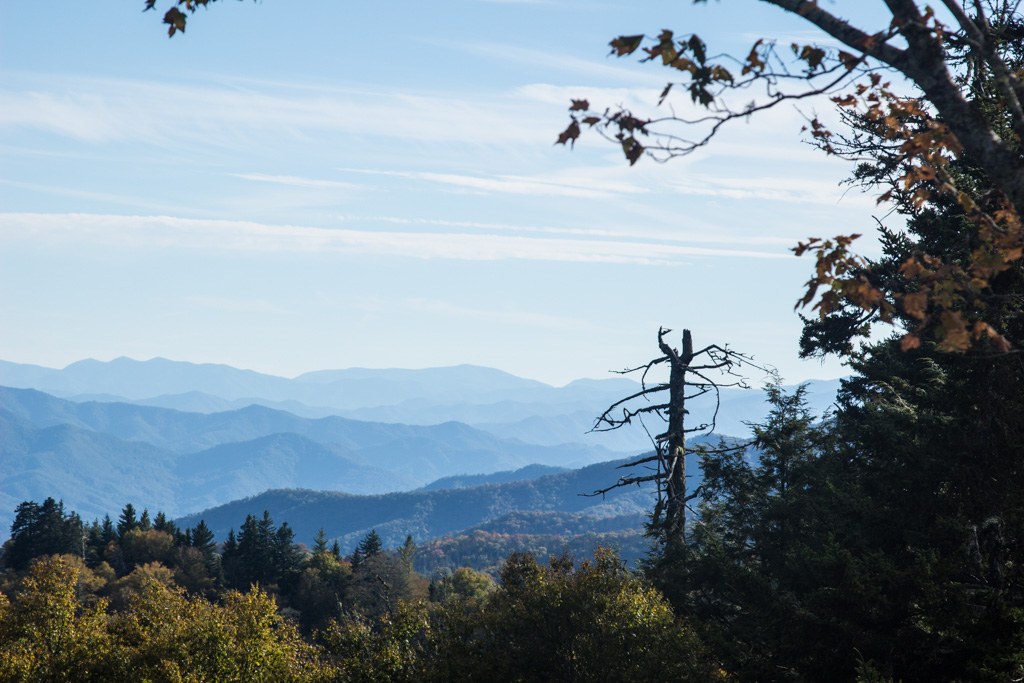 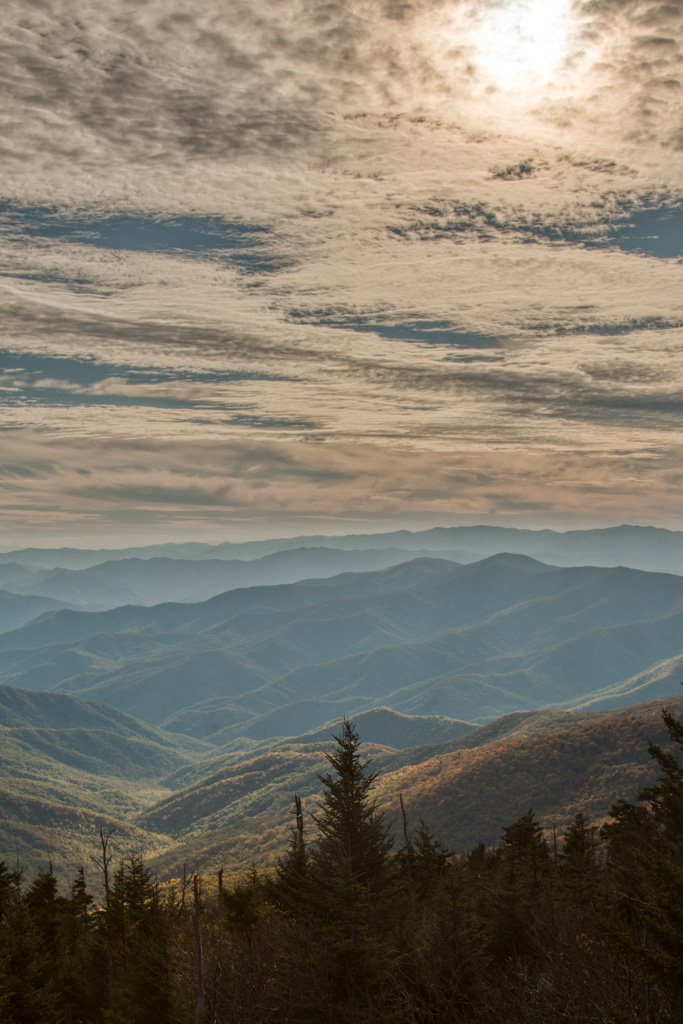 The Appalachian Trail passes directly under the tower we watched the sunset from, so I guess I can now say I’ve been on the AT!  (Nah.  I wouldn’t do that to my friends who have hiked the AT.)

In addition to sampling sunsets wherever we land, we love to eat, too! We eat out fairly often, possibly more than we should.  But here we “had” to eat lunch twice at the Black Bear Cafe in Townsend.  Their fried grouper sandwich was outstanding!

We continue to find that meeting people is one of the most enjoyable aspects of RV life.  At Big Meadow, we met Joe and Judy, and two of Judy’s sisters, Jo and Rachel.  We enjoyed comparing our RVs and the modifications we each have made (their rig is a larger version of ours), and talking about favorite places to visit. The sisters are three of seven sisters.  When we left the park the three, who were roughly in their late 70s, were heading out to have lunch with some of their friends…they hadn’t seen since elementary school!

From here, we went to Mammoth Cave, which Kathe already covered in her spelunking post.  We’ll catch you again from Memphis!

9 thoughts on “Smoky Mountains and Sunsets”